Have you ever seen people running inside a big ball chasing a soccer ball? Maybe you would also like to try this not so long-discovered game? Read our ‘Bubble Football History’ article and learn more about this sport!

If you haven’t heard of Bubble Football, you’re probably interested in knowing what’s different from the original soccer. This not so old game is not only a sport but also a form of entertainment as it has far fewer rules than its original counterpart. Players compete in two teams in the same way to score as many goals as possible in the opponent’s goal, but there are no yellow or red cards here! What makes the game funny is that you have to do it all inside a huge ball, hitting your opponent! Bubble Soccer is a 100% safe sport as the players inside the bubbles have shoulder straps and inner handles. 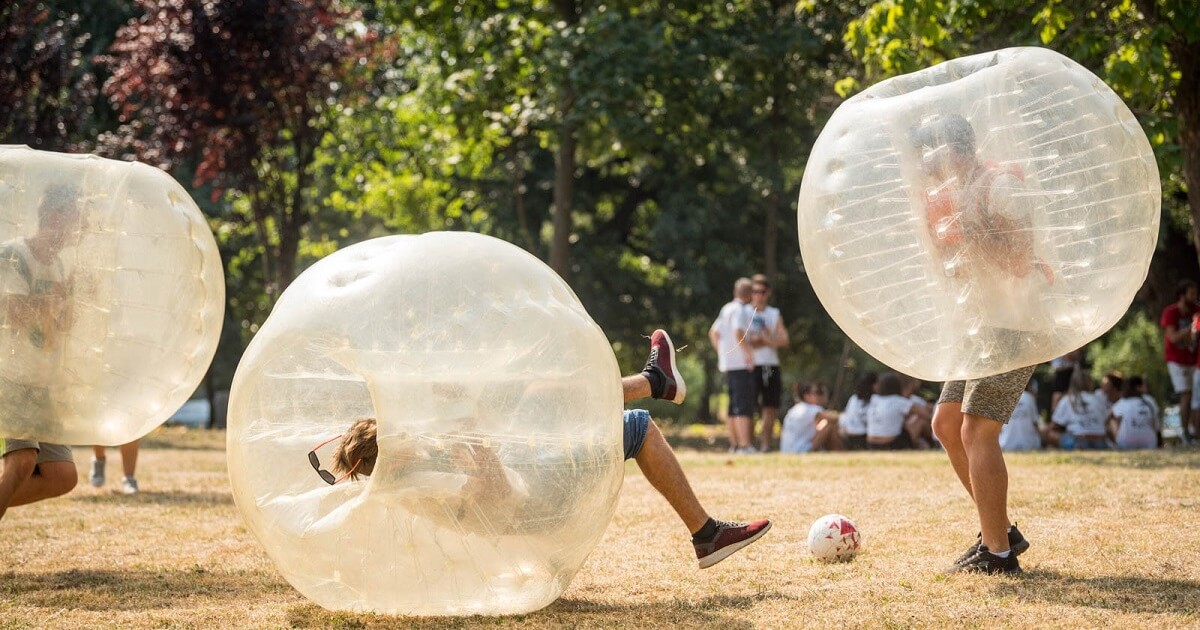 Bubble Football History – The Origin Of The Game

This sport started in 2011 as a joke in a Norwegian comedy sports show, Golden Goal, with hosts Henrick Elvestad and Johan Gold. They didn’t even think that what they were joking about at the time would lay the foundation for such a fun sport! Subsequently, a video appeared on Youtube in 2014, after which there was no stopping, everyone wanted to try Bubble Football! This game also appeared on the American TV show Shark Tank. Although no agreement could be reached with the TV show’s panel of investors the appearance of the sport generated huge press coverage. 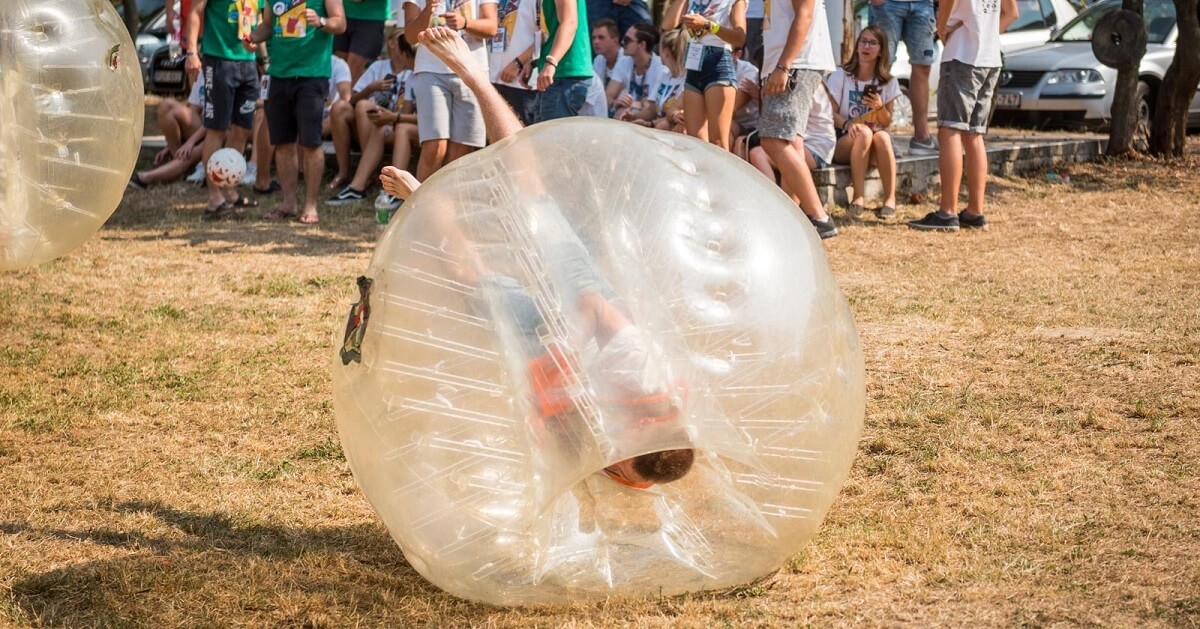 Now that you know our ‘Bubble Football History’ article, you’re probably curious. You want to travel and discover exciting places and programs in the summer? Visit Budapest, where you can also try this special sport! The weather should not interfere with this program as we can provide indoor and outdoor tracks as well! Choose from our packages and have fun! 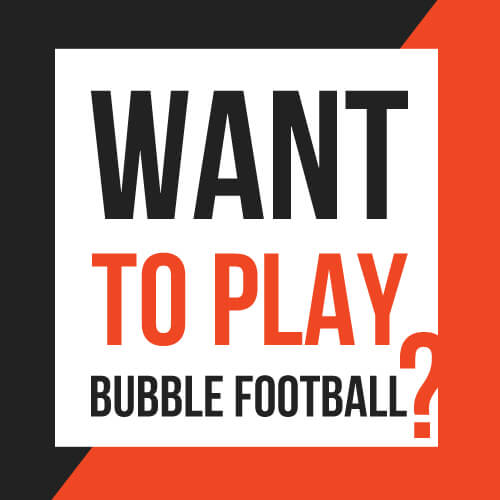 How To Play Bubble Football?
Scroll to top

This site uses cookies. By continuing to browse the site, you are agreeing to our use of cookies.

We may request cookies to be set on your device. We use cookies to let us know when you visit our websites, how you interact with us, to enrich your user experience, and to customize your relationship with our website.

Click on the different category headings to find out more. You can also change some of your preferences. Note that blocking some types of cookies may impact your experience on our websites and the services we are able to offer.

These cookies are strictly necessary to provide you with services available through our website and to use some of its features.

Because these cookies are strictly necessary to deliver the website, you cannot refuse them without impacting how our site functions. You can block or delete them by changing your browser settings and force blocking all cookies on this website.

These cookies collect information that is used either in aggregate form to help us understand how our website is being used or how effective our marketing campaigns are, or to help us customize our website and application for you in order to enhance your experience.

If you do not want that we track your visist to our site you can disable tracking in your browser here:

We also use different external services like Google Webfonts, Google Maps and external Video providers. Since these providers may collect personal data like your IP address we allow you to block them here. Please be aware that this might heavily reduce the functionality and appearance of our site. Changes will take effect once you reload the page.